Problems With Cannabis Lounges And How to Solve Them

With public cannabis consumption spaces fully legalized in some states and bordering on legalization in others, the future for cannabis lounges in the U.S. is promising.

The advent of consumption spaces has the potential to tear down the social stigmas that have plagued stoner culture since the ‘60s and push cannabis into the mainstream. At the same time, such spaces will benefit state and local municipalities through additional tax and the influx of visitors who are drawn to weed tourism.

However, the road to a fully realized consumption lounge industry continues to bear twists, turns, and speed bumps.

Many lounges in California were set to open in 2020. Obviously, when COVID hit, they were forced to delay launch or close their doors shortly after cutting the red tape.

Other states considering consumption lounge legislation continue to debate over issues like dosage regulation, driving while high, odor control and second-hand smoke, and equity of access to consumption lounge permits for underrepresented people.

Some critics worry whether lounges can turn a profit at all.

As states continue to debate the best routes to answering these questions, like how to prevent stoned driving, one is forced to ask: “are they thinking too hard?”

In what follows, we discuss some of the issues surrounding lounges and suggest routes to solving them.

Let’s start with the heart of the issue: our lawmakers are not stoners. This is why governmental  debates surrounding cannabis often take a long time to unfold. Officials must take their time to learn about our culture, and they often spend time on issues which are besides the point.

This is the case with the issue of second-hand smoke. Many think that workers should not be exposed to smoke at all, and worry whether a smoke-filled room would lead to overconsumption.

In terms of getting workers high or exposing them to smoke, I would argue that this is the very reason most employees got into cannabis in the first place. They love getting high and will probably be high on the job regardless of whether weed is administered through the air in the workplace. In fact, many would see this issue as a benefit of working in a lounge as opposed to a dispensary.

Regardless, it is difficult to get high purely from breathing the air in the large restaurant-sized rooms that make up these establishments. In order to do so, the whole place would need to be hotboxed– the name given to the practice of toking in an airtight space to seal in the smoke for the purpose of getting as high as possible.

This is likely the scene pictured by legislators: a room so cloudy that you can’t see from one end to the other. This would take a ton of weed to accomplish (almost literally), and a lot of joints would need to be in rotation at once. 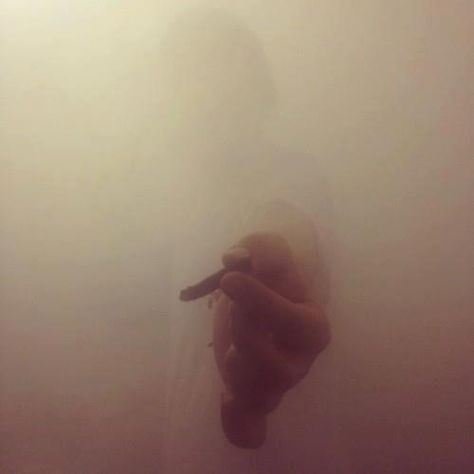 Most states with consumption lounges have stringent ventilation requirements, especially California. San Francisco requires state-of-the-art HVAC ventilation systems for its lounges, and other states considering cannabis lounges are likely to follow in its footsteps.

Another related reason for these ventilation rules has to do with odor control.

Many non-stoners hate the smell of weed smoke. Without ventilation systems, the area surrounding lounges would be subjected to the smell, which could lead to complaints and a local distaste for our industry.

But, ventilation systems also pose an accessibility problem as they are extraordinarily expensive. In California, the capital required for ventilation systems alone can run up to $100,000. And this figure doesn’t even consider the cost of licensing fees, cost of inventory, and property acquisition.

An initial lounge licensing fee costs a minimum of $10,000 in Nevada and can run up to $30,000. Though Nevada is only now finalizing consumption space legislation, it states that yearly license renewal fees will range from $3,300 to $10,000.

Similarly, license application fees cost $10,000 per applicant in California. And, since there are only a limited number of licenses available, applicants often spend hundreds of thousands of dollars competing for a spot.

These high barriers to entry put minority applicants at a supreme disadvantage. Even if low-income BIPOC applicants find the capital for license fees, they still have to worry about property costs, shop set-up costs, and employee wages.

Though a limited amount of equity support exists in some states– and has produced a few success stories–, everyone in the know agrees that governments do not provide enough support for the underrepresented.

$100k is mere pennies to the massive conglomerates operating Apple store-like dispensaries located just off the Vegas strip. $10k is still $10k to minority entrepreneurs– especially when it is almost impossible to access funding.

The same thing goes for California, which provides access to licensing fee waivers, but does not provide any assistance for the rest of the costs that go into setting up shop.

Equity in the cannabis industry is not a new topic. Underrepresented groups continue to face the same problem when attempting to set up dispensaries.

It is absurd that the groups who have suffered the most from the war on drugs are continually left by the wayside as huge corporations that are teaming with white people swoop in to profit from the fruits of decades of hard-fought advocacy.

How do we make the cannabis lounge space equitable?

Licensing fee waivers and allocating licenses to social equity applicants are steps in the right direction. But, low-income entrepreneurs need more support if we are to form a truly equitable industry. They need to have access to funding, which is a troublesome matter in an industry that is not federally legal.

Local governments need to play a much larger role in providing capital to BIPOC. They should award funding to minority entrepreneurs who provide promising business plans– funding that goes beyond licensing fees. They should also provide business management resources to give these entrepreneurs the best chance for success. 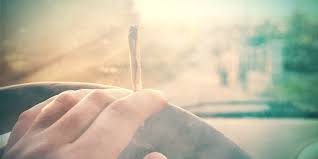 A recurring question surrounding discussions of consumption lounge legislation is: How do we prevent consumers from getting behind the wheel after getting high at a licensed establishment?

In response, I ask two questions: Who has ever been in a road accident that was caused by high driving? And, are you more likely to crash while driving high or while driving drunk?

Though somewhat besides the point (the law must take its precautions– a small price to pay for legislation promoting social acceptance of stoner culture), cannabis usually does not lead to the level of impairment that causes road accidents.

That said, if you’ve never smoked weed or do not get high ‘on the daily,’ you probably shouldn’t hit the road after smoking a doobie to the face.

Are they expected to get off their medication when preparing to get behind the wheel– medication which many use to prevent seizures, seizures which can directly cause accidents?

More research into cannabis impaired driving must be conducted. But, it will be difficult to apply high driving rules to one group and not all groups.

For the time being– and especially as less experienced visitors enter the fold–, regulations must be in place that prevent high driving for all groups.

Forcing visitors to take public transportation or use ride sharing apps following lounge visits is an easy fix. It is also the route that most established lounges have taken.

As federal legislation moves forward, though, a dosage chart that accounts for usage frequency may help in allowing daily smokers to drive on medication while preventing impaired driving for beginner-level visitors. More on dosage charts can be found below.

While lounge employees note that overconsumption problems occur infrequently and can usually be fixed with a glass of water and the passage of time, processes that guide dosage are needed to reduce risk and prevent less experienced users from having negative experiences. After all, we need these inexperienced users to visit lounges if we seek to push cannabis culture into mainstream society.

Most lounge-legal states require employee training on dosage, recognizing over-served visitors, and realizing when a visitor should be cut off. Similarly, such states also require lounges to educate visitors in regards to the law and the dosing of different types of products.

These are great preventative measures, but there is more to be done in creating a safe space that consistently delivers a positive experience.

A standardized dosage chart would help consumers recognize their consumption needs and prevent overconsumption. Such a chart should segment consumers into groups based on consumption habits (e.g. how many times a day/week/month/year do you smoke?).

This chart should also account for dosage between consumption methods and answer the question of: “If I smoke ___ joints per day/week/month, how many edibles/bowls/dabs should I take?”

Dabs are the most difficult consumption method to correctly dose. This is because it is tough to precisely measure how many milligrams of concentrate end up on a banger, especially when dosing for another person with different consumption habits on a busy day at a bustling establishment.

Lounges could get employees to carefully dose out a number of dabs in the mornings before opening. But, it is still difficult to accomplish since it is hard to measure the weight of most types of dabs. Completing such a process will also take a lot of unnecessary time.

Lounges could allow visitors to purchase half- or full-grams of dabs on-site and do the dosing themselves. However, beginner tokers and dab experimentalists will not know how much concentrate defines a standard dose. This route could lead to more frequent overconsumption scenarios.

If you’re thinking to yourself, “Man, why doesn’t someone just start selling pre-dosed dabs?” then you are among like-minded people. 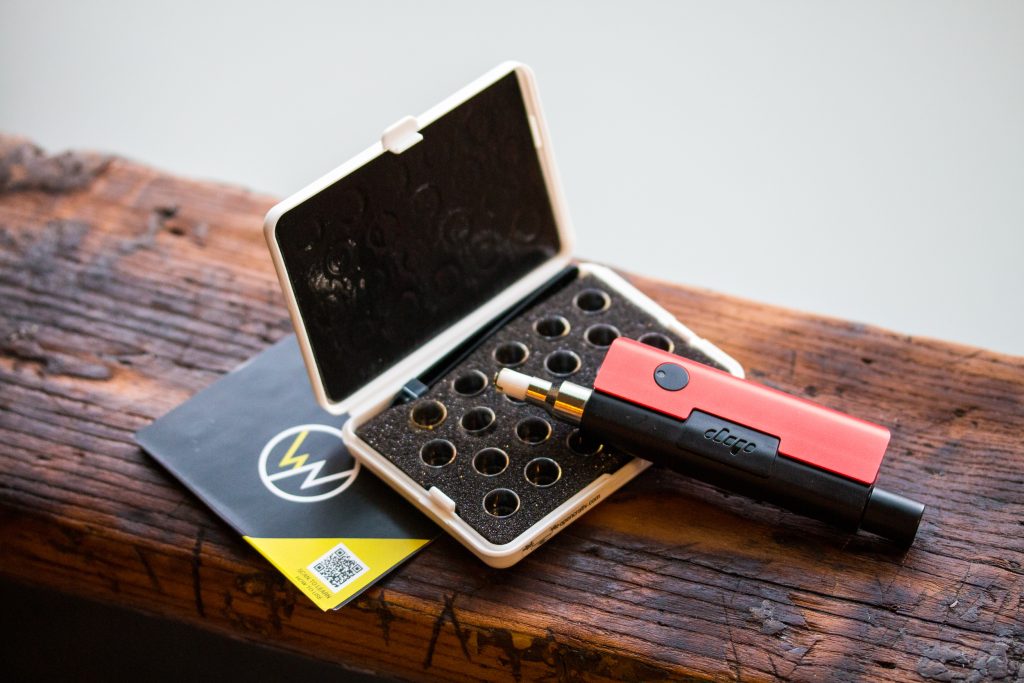 A few years ago, our founders had the same thought. This led to the creation of our pre-dosed, precisely-measured WaxNax inserts.

Since each of our inserts contains a standardized amount of concentrate, lounge visitors will always receive a consistent experience and employees will never be at risk of over serving visitors.

Furthermore, our glass inserts act as heat barriers that prevent the high-temperature, burnt-tasting hits that lead to drawn-out coughing bouts– which is often the biggest turn-off for dabs. This is also why our inserts are the best option for introducing beginners or flower-only users to the world of dabbing.

As heat barriers, our inserts also enhance the flavor profiles of dabs, making them perfect for the connoisseur looking to sample various dab styles and strains.

Since they are pre-dosed and perfect for sampling, connoisseurs will be able to order a flight of dabs in the same way one might order a flight of beer at a brewery. Such a sampling could be promoted as a package deal that is sure to attract high-spending, expert-level users to your lounge.

With so many unique dabbing devices on the market– and probably within your lounge–, our inserts are the perfect choice for educating customers on different devices and providing a well-rounded and customizable experience.

Want to learn how to bring WaxNax inserts to your lounge? Fill out the contact form below and get started today. We’ll get back to you within 24 hours.

When you Join the Dab Revolution